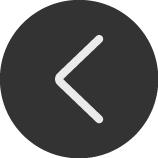 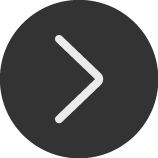 Syrian Doc Days short for The Syrian Documentary Film Days, is a new initiative, dedicated to stories about Syria that go beyond the general narrative.
We are glad to invite you for a films screening and debate in Malmo as part of Syrian Doc Days in Copenhagen.

PROGRAM
18:00
One Day in Aleppo
Ali Ibrahim / Syria / 24 min / English subtitles
After five months of incessant and senseless shelling, a group of children living in Aleppo start painting the walls of their city. It is an act of protest as well as resistance: a small act that dares to dream of bringing back life in a place that has been humiliated by bombs and bullets, while international powers were watching without doing anything to save lives. Without words, the lens focuses in? Sometimes from above? On the smoldering ruins and the people struggling to survive among them. This small, loving mosaic of images shows the resilience and resistance of the Syrians, building tiny beacons of hope and keeping up their courage by rolling up their sleeves and getting on with life.

18:35
Taste of Cement
Ziad Khaltoum / Libanon, Germany, Syria, Qatar,  United Arab Emirates / 85 min / English subtitles
A portrait of workers in exile. An empathetic encounter with people who have lost their past and their future, locked in the recurring present. Khaltoum creates an essay documentary of Syrian construction workers building new skyscrapers in Beirut on the ruins caused by the Lebanese civil war. At the same time their own houses are being bombed in Syria. A Curfew prohibits them from leaving the construction site after work. Every night in their pit below the skyscraper the news from their homeland and the memories of the war chase them. Mute and imprisoned in the cement underground, they must endure until the new day arrives where the hammering and welding drowns out their nightmares.

20:00 - 20:30
Q & A
Q & A with Directors Ziad Khartoum and Ali Ibrahim moderated by Joshka Wessels, Syria scholar and filmmaker based in Lund, Sweden.

Tickets are for sale at 115 SEK per person at PANORA.

NOTE: All profit from the tickets sale will go to support development projects of Al Seeraj for Health Care and Development (Sweden) to support displaced people in Syria.